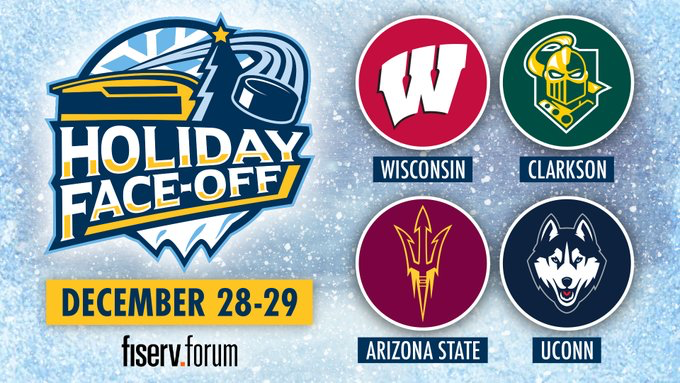 The inaugural Holiday Face-Off college hockey tournament will be held at Fiserv Forum, home of the NBA’s Milwaukee Bucks, from Dec. 28-29, 2020.

The field for the event will consist of Wisconsin, Clarkson, Arizona State and UConn.

Semifinal play will take place on Monday, Dec. 28 with the championship game and third-place game on Tuesday, Dec. 29. Matchups will be announced at a later date.

Milwaukee hosted the Frozen Four in 1993, 1997 and 2006. In 2006, Wisconsin won its most recent national championship on the Bradley Center ice.

In addition, from 1989 to 2003, Wisconsin hosted the Badger Hockey Showdown at the Bradley Center, averaging over 26,000 fans a year during that span.