Northeastern Wisconsin once again is thinking about a repeat championship season, and this time we’re not talking about football. Beginning the year as the nation’s top-ranked D-III team, according the USCHO.com poll, the St. Norbert Green Knights are going to be the team to beat in the NCHA and the country.

Wisconsin-Superior and Wisconsin-Eau Claire joined St. Norbert as the lone teams receiving first-place votes in the poll. Wis.-Superior earned the No. 2 seed in last year’s Peters Cup playoffs and an at-large bid to the NCAA tournament. Wis.-Eau Claire tied for fourth place last season while playing 10 teams that were ranked at the time of their contest with the Blugolds.

St. Norbert Green Knights
2011-12 Coach’s poll: First
2011-12 USCHO prediction: First
2010-11 Overall record: 25-4-1
2010-11 Conference record: 14-3-1
2010-11 Finish: First
Outlook: Led by coach Tim Coghlin, the Green Knights of St. Norbert are coming off a national championship season in 2010-11, their second. St. Norbert was ranked No. 1 in the preseason NCAA Division III Poll for the 2011-12 season. The Green Knights made their seventh NCAA Division III Frozen Four appearance while winning their 12th NCHA regular-season title and ninth NCHA Peters Cup championship. Forward Johan Ryd led the team in scoring, netting 10 goals and 18 assists for 28 points. Seven of his goals went for game-winning scores. Cody Keefer had 14 goals and 13 assists for 27 points, while Seth Soley had nine goals and 15 assists for 24 points. Mike Martin is the only returning goaltender, and was 3-2 with a 2.18 goals against average and .917 save percentage a year ago. St. Norbert traditionally has the strongest defensive team in the nation. The Green Knights allowed three or more goals just 10 times last season, and four or more only three times. Newcomers Travis Bosch (So.), a transfer from Bemidji State, and David Jacobson (Fr.) are expected to contribute to the Green Knights this season

University of Wisconsin Superior Yellowjackets
2011-12 Coach’s poll: Second
2011-12 USCHO prediction: Second
2010-11 Overall record: 16-13-1
2010-11 Conference record: 10-8-0
2010-11 Finish: Third
Outlook: Yellowjackets coach Dan Stauber found his team ranked in the top 10 to begin this season. A year ago, they finished the season at No. 11, and this year they opened the year at No. 9. The Yellowjackets bounced back from a last-place finish in 2009-10 to finish second in the NCHA last year, and received an at-large bid for the NCAA tournament, losing in the first round to Hamline University of the MIAC. The Yellowjackets graduated four seniors from last year’s team and four other players decided not to return. Superior expects top-notch performances to come from Tom Budziakowski, Pat Dalbec, Colton Kennedy and Joey Massingham.

University of Wisconsin-Stout Blue Devils
2011-12 Coach’s poll: Fourth
2011-12 USCHO prediction: Fourth
2010-11 Overall record: 16-11-0
2010-11 Conference record: 10-8-0
2010-11 Finish: Second
Outlook: Wis.-Stout returns an experience team, with four seniors and eight juniors. With 18 players that are either freshmen or sophomores, the signal might be out that this is a rebuilding year for a program that has seen a good deal of success the last six years. Coach Terry Watkins’s squad tied for second in the NCHA and returns six of their seven leading scorers, including 2011 All-American Branden Gay (Sr.). Wis.-Stout was second in the NCHA in goals (95) and first in goals-scored-per-game (3.52). Gay led the NCHA in scoring with 16 goals and 18 assists for 34 points, and recorded a league-high seven power-play goals. Also returning among the leading scorers are Kevin O’Donnell, who led all freshmen in scoring in the NCHA, Charles Lachance, Sam Carr, Jason Cohen, and Dan Cecka. Added into the mix are freshmen Zach Vierling, Luke Dillon, Scott Bell, Matt Millis, C.J. Pullar, and Micky Knox. Watkins calls his offense and goaltending the team’s strengths. Stout will play one “home” game at the Xcel Energy Center when they host St. Norbert College, Saturday, January 21 for a 1:30 p.m. game as part of Hockey Day Minnesota.

St. Scholastica Saints
2011-12 Coach’s poll: Seventh
2011-12 USCHO prediction: Seventh
2010-11 Overall record: 9-17-1
2010-11 Conference record: 4-14-0
2010-11 Finish: Seventh
Outlook: Coach Mark Wick and the St. Scholastica men’s hockey team will look to improve on last season’s disappointing finish, which saw the team finish on a six-game losing streak. This season looks to be a promising one for the Saints after a disappointing 4-14 record in the Northern Collegiate Hockey Association (NCHA) last season. The Saints only lost two seniors from last year’s team, and are led by five in the upcoming season. Seniors Jeremy Dawes, Carter Davis, and Stephane Phaneuf will provide the leadership. Sophomore transfer Colin Rundell will try to establish his presence between the pipes. 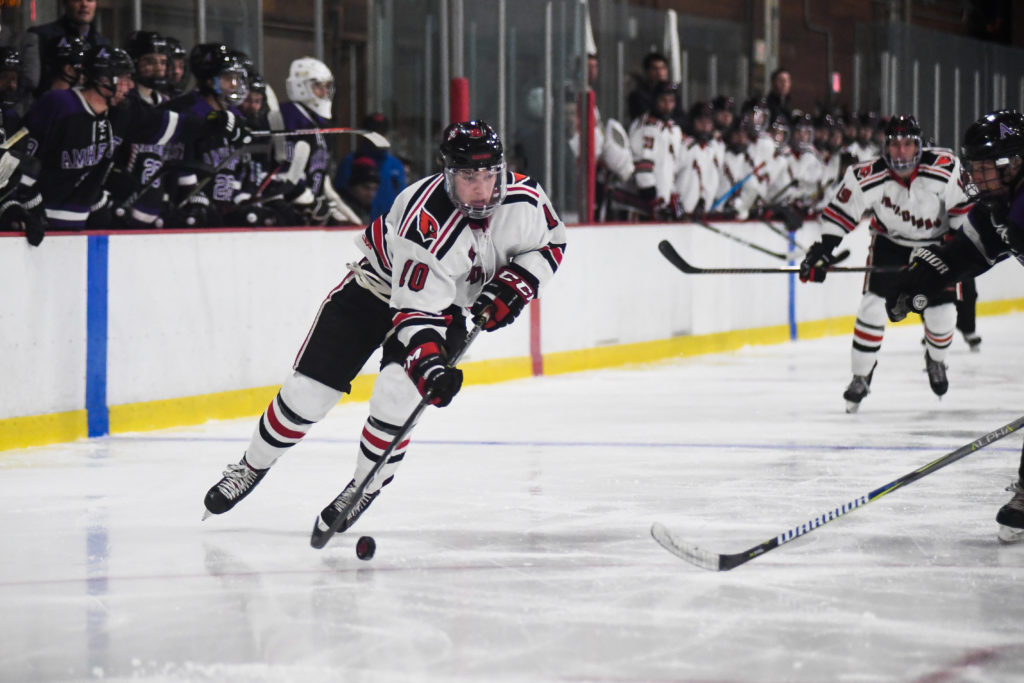 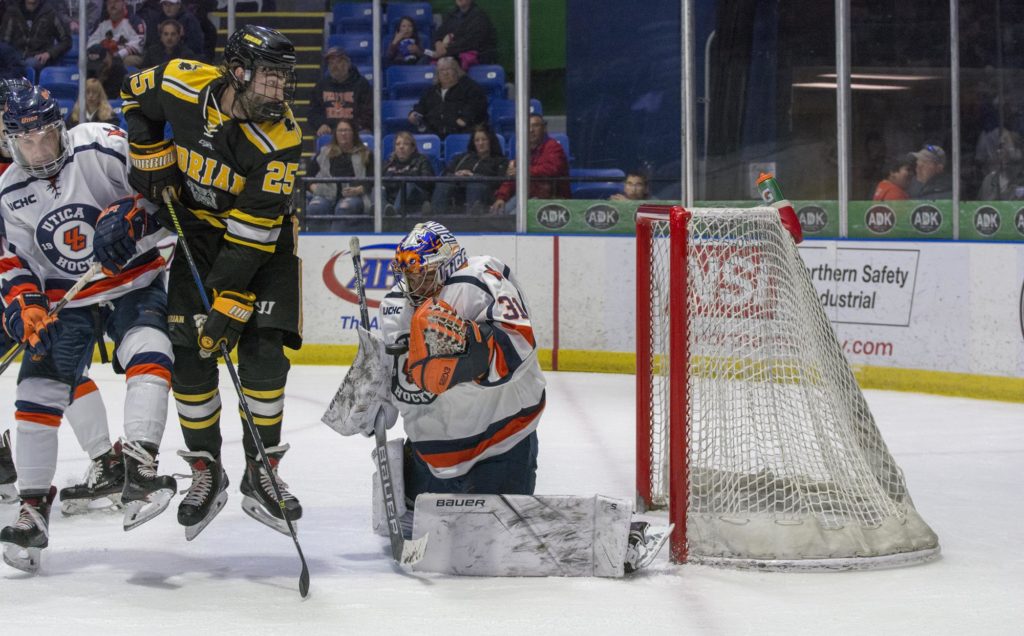 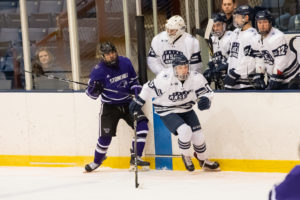